Cast iron cookware is hundreds of years old. Considering that, people should be pretty familiar with them. But you may be confused about cast iron pans and have no idea what they can and cannot cook in it. Especially a cast iron dutch oven. The big question you’re probably wondering is can you boil water in a dutch oven?

The short answer is, yes. You can boil water, soups, and almost all kinds of pasta in both seasoned and enameled Dutch ovens. But you should be a little careful while doing so.

Keep reading to find out more about cooking in a Dutch oven. But first, it’s worth finding out if you have a seasoned or enameled cast iron dutch oven?

Can You Boil Water in a Dutch Oven Safely?

As mentioned earlier, it is possible to boil water in Dutch ovens. To ensure their longevity and your safety, you’ll need to ensure some things depending on the kind of dutch oven you have.

Let’s look at each type of Dutch oven individually to understand what precautions you should take.

Traditional seasoned cast iron dutch ovens are made of a thick layer of iron. The seasoning ensures that food doesn’t stick to the cooker. 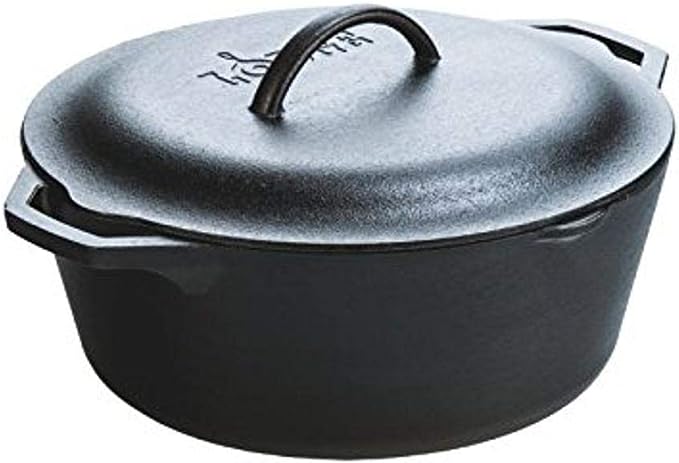 But when you boil water for long periods in a seasoned dutch oven, the seasoning is at risk of coming off. This can later make it difficult for you to cook other dishes in your Dutch oven. To avoid the seasoning from stripping off, you should boil water in seasoned Dutch ovens occasionally and for short periods of time.

Moreover, after boiling water, take it out of the pan immediately and wipe your dutch oven dry before storing. Any remaining moisture could cause your pan to rust.

If the seasoning comes off just after one use, simply re-season your cast-iron cooker and you’ll be good to go.

Enameled cast iron Dutch Ovens are fragile as compared to seasoned ones. Since the enamel and the cooker itself are made of different materials, it doesn’t expand and contract normally when subjected to heat. 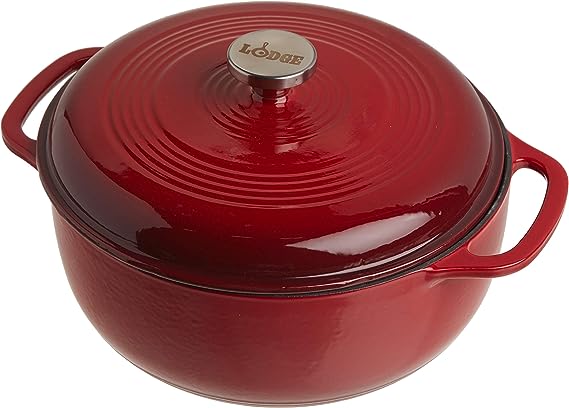 Also, make it a point to never use enameled dutch ovens over open flames or on heat sources where you can’t adjust the heat. Doing this will help you prevent the enamel coating from coming off.

How to Boil Water in a Cast Iron Dutch Oven

Warning: Never pour cold water suddenly into a very hot dutch oven. Doing this can cause cracking or chipping. In the case of an enameled dutch oven, it can even cause the enamel coating to come off.

In the case of a seasoned Dutch oven, while you do need to heat it up gradually, temperatures above 212 degrees F are acceptable. 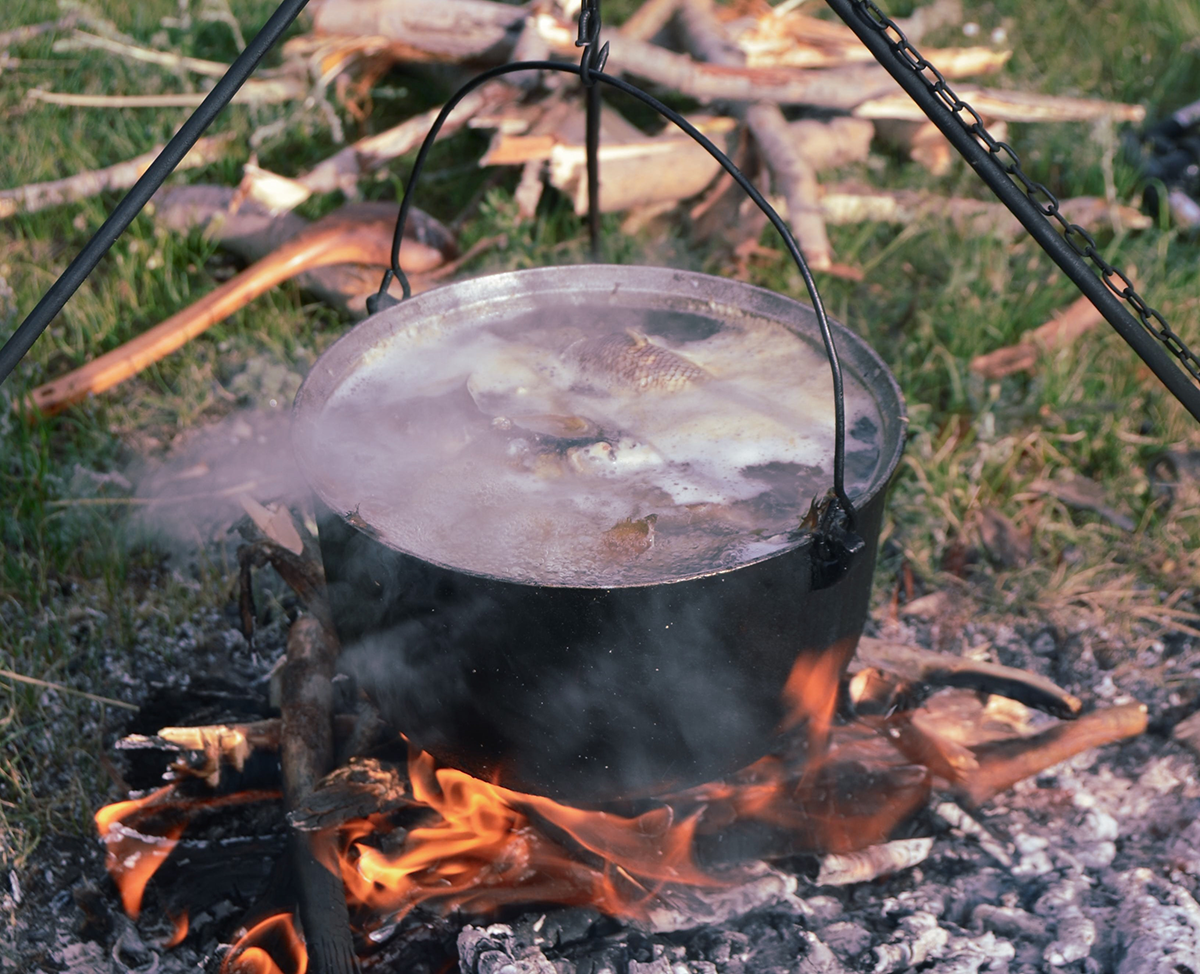 Can You Boil Soup in a Dutch Oven?

Yes, you can boil soup in a Dutch oven. Preparing different kinds of soups in a dutch oven is pretty easy. If you keep the following points in mind, you’ll end up with a mind-blowing soup.

Can You Boil Spaghetti in a Dutch Oven?

Yes, you can boil spaghetti and other kinds of pasta in a Dutch oven. In fact, dutch ovens are perfect for one-pot pasta recipes. They’re deep and retain heat well, and can cook pasta slowly and steadily for most dishes.

How to Clean a Cast-Iron Dutch Oven

To clean a seasoned cast-iron Dutch oven after you are done boiling, you should get a scrubber, some paper towels, a chainmail scrubber (only if you have tough stains or excessive stickiness), dish soap, and oil.

The process for cleaning your enameled cast iron dutch oven is slightly different. You will need dish soap, a gentle scrubber, some paper towels, baking soda, and some hot water.

So there you have it. Can you boil water in a dutch oven? You bet so! We hope boiling water or cooking in a dutch oven will be far easier for you now that you have read our tips above. Dutch ovens are a traditional, one-man/women-army when it comes to cookware and we highly recommend you have one in your kitchen lineup. They are incredibly versatile provided you know how to use and care for them.

Caroline is a co-founder of Morsel – a family recipe cookbook software. When she not working on making our recipe sharing app better for our users Caroline can be found dancy her heart out, exploring the beautiful mountains of North Carolina, and traveling the world one new country at a time.