Love eating fluffy, maple syrup-coated pancakes for breakfast every day? If your answer was yes, then you’re in the right place. You’ve probably had your fair share of pancakes and perhaps, like us, you’ve always wondered, are pancakes considered cake? Why do we call them cakes when they don’t really look like one? Keep reading and we’ll answer all your burning pancake questions.

Pancakes are considered cakes by some people because they contain similar ingredients to cakes and have a leavening agent. At the same time, some people refuse to believe that pancakes are close to cakes because cakes are baked, usually contain vanilla or some flavoring, and are more fluffy.

Why Are Pancakes Called Cakes?

The reason why pancakes are called cakes isn’t definite. However, a widespread belief is that because pancakes are made of a cake-like batter containing milk, eggs, sugar, flour, and a leavening agent, they qualify as cakes. Since this batter is fried in a pan, the name “pancake” emerged.

The name “pancake” first came about in the 15th century in the English language. However, ancient Greek writings already referred to a similar dish prepared in a frying pan much before that time. They called this dish, “tiganítis.”

As the name suggests, pancakes are a type of cake cooked in a pan. American pancakes are the most commonly identified variety, as they’re fluffy, airy, and almost cake-like in their texture. 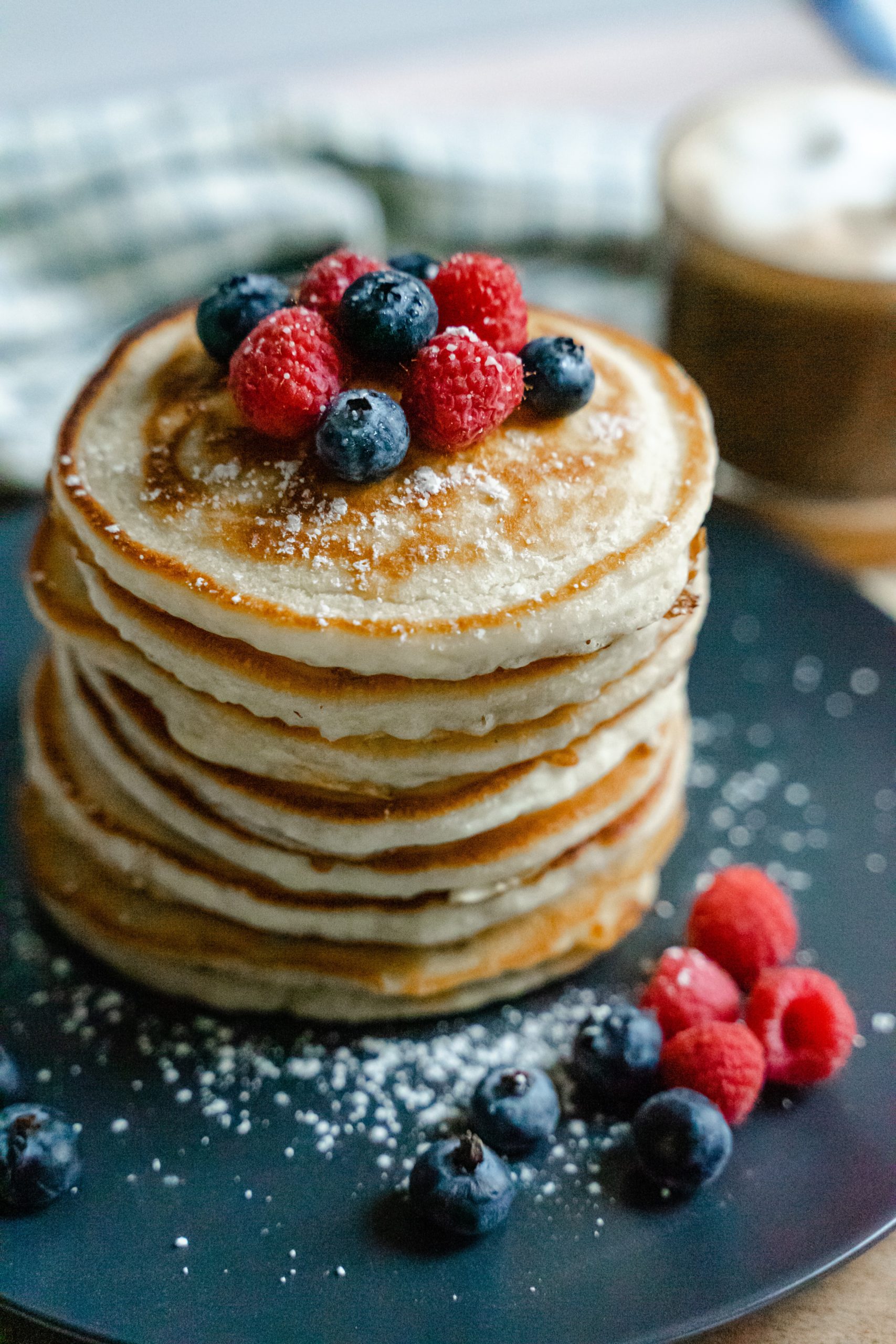 Are Pancakes Considered a Pastry?

Pancakes can be considered pastry, but the jury’s still out on this one. Since they are often sweet and resemble a cake, it’s safe to qualify them as a pastry.

Many people eat pancakes as deserts along with toppings like fruits, whipped cream, chocolate, and Nutella. Despite all this, since they don’t look like a traditional pastry, it’s uncommon to see people referring to them as a type of pastry.

Pancakes are far from bread in their texture and cooking style. Pancakes contain different kinds of flour, milk, eggs, and baking powder or baking soda. While bread does also contain flour and some fluid it needs active yeast for fermentation which pancakes do not.

Moreover, bread is prepared using a dough. They require prolonged fermentation and excessive kneading. On the other hand, pancakes are made from liquid batter and don’t need too much fermentation or mixing.

Another differentiator between them is that pancakes are cooked on both sides in a pan until they are golden brown. Bread is baked and doesn’t need to be flipped during the baking process.

Are Pancake Mixes Considered the Same as Cake Mixes?

For both pancake and cake mixes, you might need eggs, water, or milk, to make them into a batter. However, whether or not you’ll need these things depends on the brand of mix you use.

If you’re short on cake flour, you can use pancake mix instead with some adjustments. You might need to add sugar and extra flavoring. You can also use pancake mix for baking other items like brownies, muffins, or making waffles.

Which is Older: Cakes or Pancakes?

To me it’s surprising to find out that Pancakes are generally older than cakes. There could be many reasons why they came first.

Firstly, it’s essential to understand that baking is a complex process that requires specific measurements. At the time pancakes were invented, there was probably no technology to support baking.

In addition, sugar was an expensive luxury in ancient times. Therefore, cakes came into existence only in the 1700s and were restricted to upper-class households and special occasions.

What Are Some Common Names for Pancakes?

Some common names which people use to refer to pancakes are:

Which one does your family use?

Pancake-like dishes can also be seen across the globe. Depending on where they’re made, they have regional names for pancake dishes. Below are some internationally well-known pancakes.

While these are just a few, there are countless other types and forms of pancakes.

Pancakes don’t always have to be sweet. Savory pancakes are very common in many European and Asian countries. In places like China, India, and South Korea, each has their local version of a savory pancake.

Some pancakes also don’t contain any eggs and are suitable for vegans and vegetarians. The Indian Uttapam is one such pancake.

Many chefs, even in America, have experimented with savory pancakes. If you are excited to try one, you can make a potato pancake or one with chickpea flour.

Are Pancakes the Same as Crepes?

Crepes are a French delicacy often made with a similar batter to the pancake, however, they’re much thinner. Almost paperlike, they always contain a sweet or savory filling.

How Can I Prevent My Pancakes From Becoming Dense?

The key to making fluffy and light pancakes lies in the batter. It’s okay to have a few lumps in your batter as it’s important to not overmix the batter. If you overmix the batter, you might face having rubbery pancakes. Ensure that you’re adding the right amount of baking powder to the batter and allowing it to rest for some time before cooking. 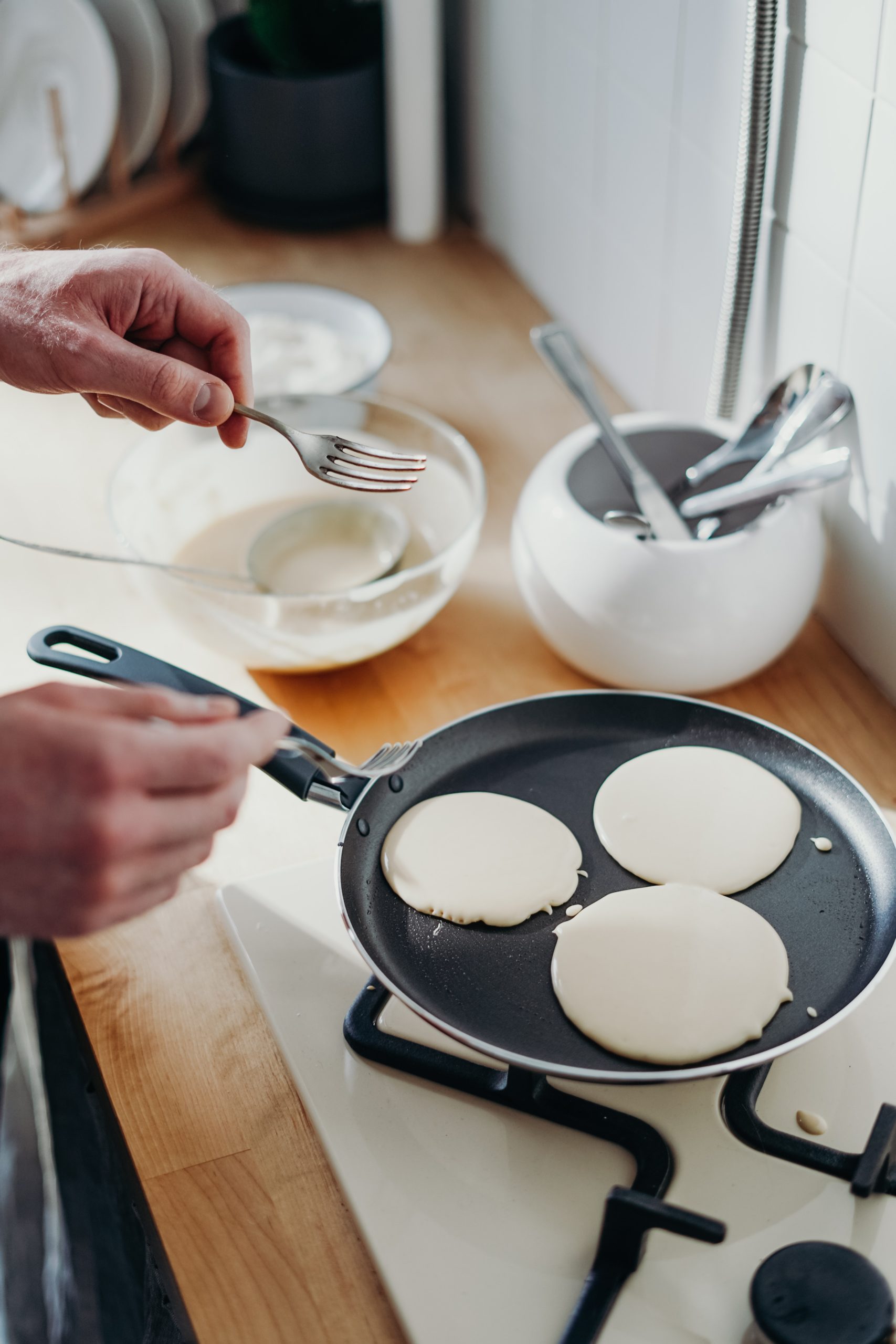 We hope we’ve answered all your concerns so you’re not still wondering are pancakes considered cake. If you’re making pancakes, remember that it’s important to be precise with the batter and patient while cooking them. You can always try out different types of sweet and savory pancake recipes if you ever get bored of your familiar ones. Keep track of your library of sweet and savory pancake recipes using Morsel.

Aida Solomon is a digital marketing specialist who’s passionate about bringing her creative ideas to life. As an avid homecook, Aida loves to explore the way food has the power of bridging the world together. When she’s offline, she loves to travel through new recipes, and run long distances — paying homage to her Ethiopian roots.